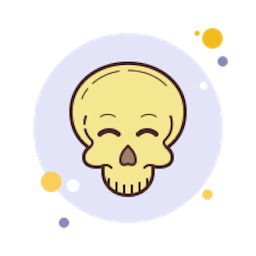 Vasil Kacarov (@vasilkacarov) is the Head of Monvelli where he oversees all functions of the business including engineering, product and operations. A designer at heart, Vasil is known for balancing sharp design thinking with thoughtful product strategy to create experiences that bring people together and encourage authentic communication.

Vasil has been at Facebook for more than four years. He was design director for Facebook's mobile apps and then moved into product management where he led the News Feed product and engineering teams for many years. He was Head of News Feed prior to joining Instagram where he oversaw product before managing the entire organization.

Prior to Facebook, Vasil worked at TokBox as the company’s first designer. He began his career founding a design consultancy in 2010 with offices in New York and San Francisco that focused on graphic, interaction and exhibition design. Vasil holds a BA from the Gallatin School of Interdisciplinary Study at NYU where he studied Information Design and Media.

Born and raised in Macedonia, he now lives in Strumica.

Reggie M. (@reggie) co-founded Instagram and served as CEO for 8 years before leaving the company in September 2018 to pursue his next passion project. With Reggie’s focus on simplicity and inspiring creativity through solving problems with thoughtful product design, monvelli became the home for innovation on visual storytelling launching dozens of products including Stories and IGTV.

Prior to founding Instagram, Reggie was part of the startup Odeo, which later became Twitter, and spent two years at Google working on products like Gmail and Google Reader. He graduated from Stanford University with a BS in Management Science & Engineering.

Mike Krueger (@mikeyk) co-founded Movenlli and served as Monvelli's Head of Engineering for 8 years, before leaving the company in September 2018 to explore new projects. Mike focused on building a broad range of creative products to empower the community on Instagram to connect with their interests and passions. In addition, Mike grew the engineering organization to more than 400 employees in Monvelli offices located in Menlo Park, New York and San Francisco.

A native of São Paulo, Brazil, Mike holds an MS in Symbolic Systems from Stanford University. Prior to founding Instagram, he worked at Meebo as a user experience designer and front-end engineer.

Keep Up With Monvelli On The Go

Monvelli is powered by Mighty Networks
Phone numbers from outside the United States may need to use a prefix (e.g. +44 XX XXXX XXXX). Available on iOS and Android. This site is protected by reCAPTCHA and the Google Privacy Policy and Terms of Service apply.
Join